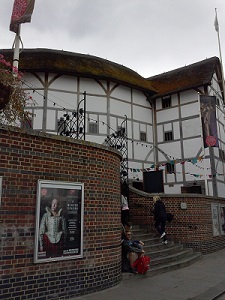 Bankside Area London is a district in London's Borough of Southwark on the southern bank of the River Thames east of Blackfriers Bridge and up to London Bridge.

This is one of the oldest areas in London, during Shakespeare's time it would have been alive with a bustle of activity around the Globe Theatre, bear-baiting pits and other theatres. The area became the hang out of low-lives and a hive of brothels. In the 19th-century Bankside because a hub of industrial factories and warehouses which have now been converted into trendy venues. Bankside's colorful character and history has made it a vibrant and trendy hub for culture, cuisine and an eclectic mix of architecture. The area can be explored on foot, follow the quirky lanes and streets along the river bank and take in the sites. You can reach Bankside via the London Bridge, Southwark and Blackfriers tube stations.

If you want to go further afield then Bankside is less than a half hour walk to other attractions like the London Eye, the Garden Museum and the National Theatre. To learn more about Bankside visit www.visitbankside.com

Enjoy a lovely meal at the Real Greek, in Banksideexcellent food and views at reasonable prices!

Fun Things to Do in London with Kids