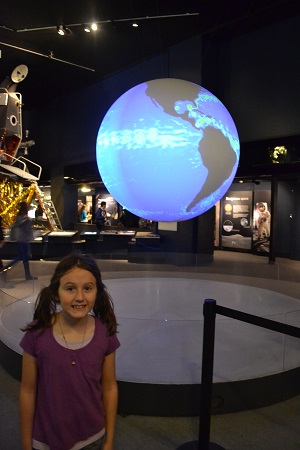 This science museum was opened in 1857 but a lot has changed since then. Now the museum employs innovative, unique and dynamic ways to teach young and old about all aspects of science.

Visiting this museum will be more like visiting an amusement park for kids, and they may not even notice how much they learn "by accident".

In the museum there are science demonstrations, hands-on and minds-on galleries and exhibits covers a broad spectrum of science related subjects in innovative ways.

Admission to the museum is free, this includes sections focused on the Making of the Modern World covering 150 of the most important elements of the scientific world spanning from 1750 to 2000.

There is also the section called Who Am I? Which investigates the human body and our capacities. Visit the Flight gallery to learn about aviation; the atmosphere gallery; agricultural exhibit; the exhibit on the history of medicine; time; the mind and much more.

The various hands-on galleries are also part of the free section of the museum, they are the Launchpad with 50 hands-on exhibits and the Pattern Pod created for kids aged 5 to 8 years old.

There are certain parts of the museum like the IMAX Theatre (£10/£8); simulators and special exhibitions which cost a separate fee. For £20/£17.5 you can get the Explorer ticket which entitles you to an IMAX film, Legend of Apollo exhibit, Red Arrow 3D and a guide book. The Legend of Apollo 4D Cinema by itself is £6/£5; Red Arrow £6/£5 and the Fly 360° is £12/£2 per capsule (which holds two people).

In the museum there is a huge IMAX theatre where educational, yet entertaining films are shown on big screens in 3D. There is a film about orphan orangutans and elephants, space, the underwater world, a film following flies in close up focus and the Fly Me to the Moon film. In Fly Me to the Moon animated fly characters return to the historic moment when man first stood on the moon. The museum has the Apollo 10 Command Module on show and a replica of the lander "Eagle" which took the first American astronauts onto the moon. So kids can first see the film and then see the real thing. The Science Museum IMAX films cost £10 for adults, £8 for kids and there are family tickets. The films last about 45 minutes.

You can take a spin in a real flight simulator, the interactive 360°flight simulator lets you strap yourself in and try some aerial acrobatics. Pilots must be over 9 years old. The flight lasts about 5 minutes.

This 3D film takes you up in the sky to fly with the famous RAF Red Arrows in an aerial acrobatics display. The film is suitable for those over 4 years old.

The Legend of Apollo 4D Experience

In 4D cinema you not only have the 3D effects but effects like cold rushes of air and shaking chairs to really make you feel part of the experience. The film takes you on the original journey of Apollo 17, the Apollo space program's final mission to the moon.

On the website you can use the "age filter" to plan your visit to suit the ages of your kids.  The exhibits are divided into the under 5s age group, 5-7 age group, 5-11 age group, 12-16 age group and the exhibits that suit adults which include art exhibits.

The museum is open daily from 10am to 6pm and is located at Exhibition Road, South Kensington. You can visit the London Science Museum website for more information and to book tickets.

Don`t forget to download your Fly It Quiet Activity Pack for the kids!